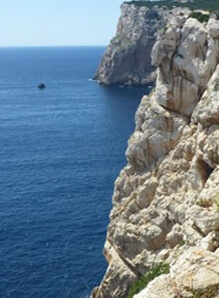 Sardinia has the most intriguing history from the Neolithic period, through the mysterious Nuraghic culture that has littered the landscape with stone towers and then a parade of domination by Phoenicians, Carthaginians, Romans, Vandals, Byzantines, Pisans, Genoese, Spanish, Hapsburg and Savoy rulers. Judging by the number of state flags (the four Moors heads), independence is still an unfulfilled dream.

On a recent holiday to Sardinia we encountered a wonderful wine and food culture. Like previous holidays to the Dalmatian coast of Croatia and Sicily, what was most striking was the wealth of indigenous grape varieties these areas had to work with, but equally how much penetration French varietal plantings had made.

This is an island with original Vitis vinifera sylvestris vines growing in the wild; Varieties such as Nasco and Nuraghus that predate Roman occupation; ancient varieties such as Vernaccia, Malvasia and Torbato and ‘recent’ introductions (500 years ago!) of Cannonau (Grenache) and Carignano. 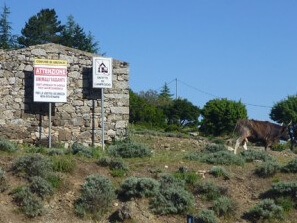 Travelling the island by car allows you to explore the diversity of varieties spread often in very specific locations. But to get a great overview I would recommend two winebars/enotecas in the capital Cagliari. Eno and Cronta at either end of the Harbour waterfront had both wonderful ambience, friendly and knowledgeable staff, and great ranges of wines to try by the glass or as flights in 75mL pours. Eno had mid-range wines to try while at Cronta it was possible to see some top end labels.

Best food in Sardinia was Dal Corsaro in Cagliari, showing true imagination to present local specialties in novel formats with a cluey sommelier to match wine by the glass. Other memorable meals include open air lunch at Hotel Ispinigoli (near Orosei) with beautiful panoramic views and dinner at Hotel Antica Dimora for authentic mountain dishes.

Here are some general observations of Sardinian wines: 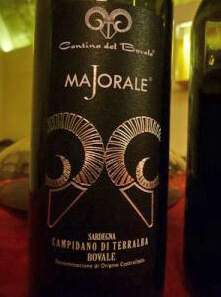 Although Cannonau and Carignano get top billing, I found the top labels I tried had an ‘international’ feel about them, i.e great class and finesse but where from? At least Grenache in the form of Cannonau had a structure and dryness not seen in Australian Grenache.

Passing by these headline wines; Monica varietals were light to midweight with a distinct floral note. Bovale was again midweight with a wild cherry and undergrowth aroma. Cagnulari(Graciano) reached heights of aromatic complexity with fuller body and Nieddera(oftened used to make rose) was very savoury with an incense lift to the aroma.

As for the whites, Vermentino di Gallura reigns supreme. The best versions had a tension between ripe nectarine fruit and dry minerality with a long aromatic finish of Sandalwood. 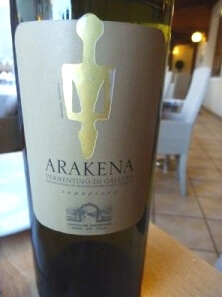 Although Malvasia di Bosa and Vernaccia di Oristano are promoted for their unique styling and complexity, we found the dense, oxidized, rancio styling didn’t work so well in 30 degree heat in June.

But looking further we found a delicious and delicate Malvasia and Vernaccia /Vermentino blend that were perfect for the weather. Torbato is a good match for fish with some greener, herbal elements and zippy acid. Nasco and Nuraghus have been unfairly consigned to light, fruity entry level wines but excelled when partnered to produce complex dessert wines from late harvest grapes.