Our Story – wines of a ‘particular’ taste

While living in England for 3 years (1982-1984) and travelling through the wine regions of Europe it became clear that the best wines were coming from the cooler parts of Europe and from sites with ‘difficult’, impoverished soils. On returning to Australia with the aim of establishing our own vineyard, Bob completed a Graduate Diploma in Wine at Roseworthy Agricultural College in 1985/86 and then we headed South!

Our vineyard site was chosen because of its aspect, slope and low fertility soil. Barrel samples of Pinot Noir and Cabernet Sauvignon from the nearby Glengarry Vineyard owned by Gavin Scott showed the colour, tannin and body that we were seeking.

In the earliest years, before we came into production, we were searching for a name for the vineyard. While reading Hugh Johnson’s tome ‘The Story of Wine’, Bob was struck by his reference to an early traveller to the Bordeaux region of France who visited the first great Chateau of the region.

“The English philosopher, John Locke, during his 5 year stay in France, was intrigued enough to pay a visit to see the apparently unique vineyard that could produce such a ‘particular’ taste. When he arrived at Haut-Brion, on May 14, 1677, he inspected the vineyard and found it on a little hillock facing West, whose soil is nothing but pure white sand mixed with a little gravel. One would imagine it scarce fit to bear anything.”

As grey sand was the predominant soil type on our property, the name seemed a forgone conclusion.

We have planted our vineyard to high density, as is common in Bordeaux and Burgundy,  to take advantage of the low fertility soils. 8800 vines/Ha combined with hard pruning keeps our yield per vine down to less than 1 kg. Our aim is to maximise concentration rather than yield.

Our vines are hand tended, hand pruned and the fruit is hand picked.

We do not irrigate to encourage the vines to use the full soil profile tapping down through a layer of hard-pan to the moisture retentive clay beneath. Our vineyard is planted predominantly to Pinot Gris, Pinot Noir, Merlot and Malbec. These varieties have been planted in blocks to take advantage of some soil and slope variations across our 14 Ha property.

We have some experimental plantings of another dozen varieties which we use in our blends. We have a total of 17 different varieties of grape growing in our vineyard. Our wines are made exclusively from grapes grown on our property.

Grey Sands Vineyard is a small (3.5 Ha) family-owned vineyard on the western edge of the Tamar Valley in Northern Tasmania – and should be on every wine lover’s list of things to do when you visit Tasmania.

Why choose such a barren image as a vineyard name? Our name is our soil type, our logo, our brand and the basis of our philosophy. 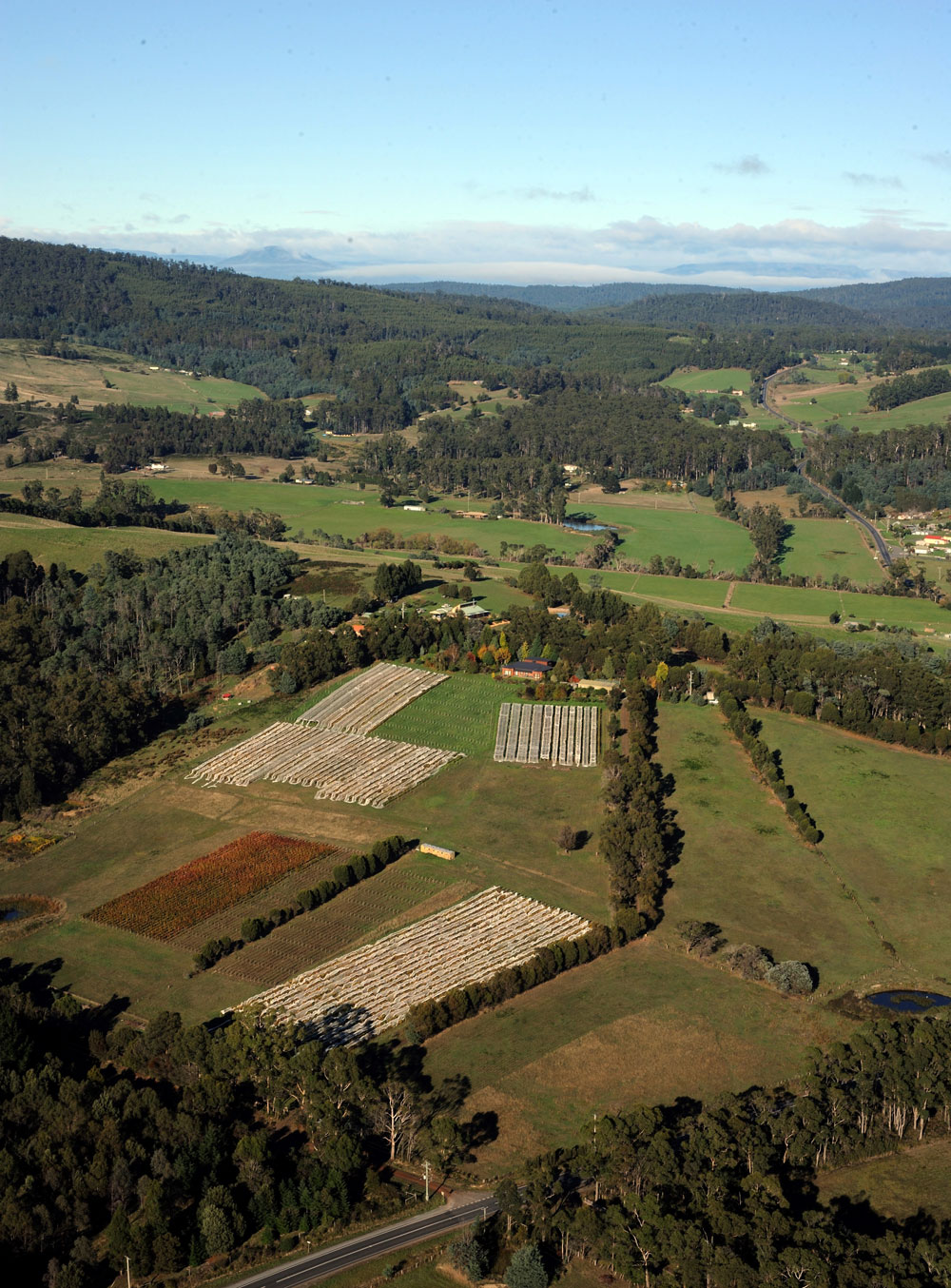