The Story of “The Mattock”

Home/History/The Story of “The Mattock”
Previous Next

A mattock is a heavy digging implement of ancient origin, useful for digging into heavy or hard soils.

All our vines have been planted as 1-year old rootlings in late winter (because we do not irrigate we cannot plant cuttings). The holes for the majority of our 30,000+ vines were dug by my father, Ron Richter, over a number of years.

A tough farmer with a love of the land (but a teetotaller!) he could swing the mattock from dawn to dusk even into his eighties. “The Mattock” (implement) was always spoken of as a character and would send Dad messages on his birthday cards just prior to his annual trips to help with planting… e.g. “The Mattock is looking forward to you warming it’s handle”.

He would often enquire throughout the year if “The Mattock” was doing any work when he wasn’t there to keep his hands on it… So our wine is called “The Mattock” as a tribute to all his hard work and love. 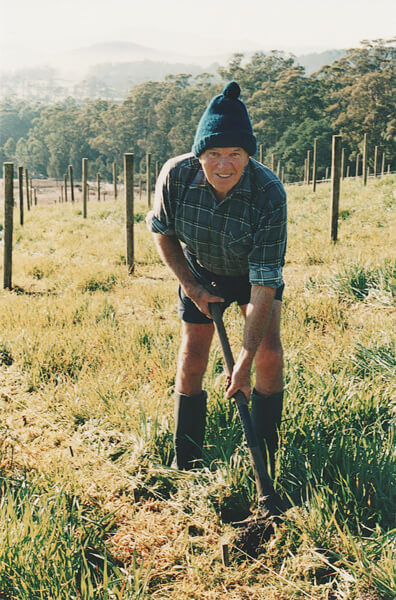